A chill store air curtain installed outside a cold store at Zwetloots Ltd, “The Flower People” in Bedfordshire, has proved virtually 100% effective at sealing the chilled air inside, with the door left open. Zwetsloots needed to keep its blooms at a temperature of 4-5°C to maintain freshness and provide easy access in and out of the cold store, whilst not chilling the adjoining area.

Tests showed that with the air curtain turned on above the open door, the floor temperature directly outside the cold store remained above 12°C – exactly the same as the ambient temperature outside the store!

The 2,200m² cold store is linked to a staff-occupied packing area by a fast-acting shutter door. The problem had been the movement of warm air, at a high level, into the chill store when the shutter door was open, which effectively pushed the heavy cold air out into the staff area. For the staff, this provided an uncomfortable and draughty working environment and Zwetsloots was faced with increasing costs in order to maintain the chill store’s cool temperature.

David Zwetsloot, Technical Director at Zwetsloots, commented, “We trialed the air curtain for two weeks as we were concerned that the down-draught would damage the flowers and that it wouldn't create a seal across the door. However, the down-draught had no effect on the flowers and it sealed up the fridge and ambient working area very well – a lot better than I expected it to.

“Tests showed that there weren’t any cold spots near the entrance when compared to the ambient temperature for the rest of the building. Staff that work near to the chill store used to complain that it was cold. However, since the air curtain was installed we’ve not received a single complaint.”

Mr Zwetsloot continued, “It’s difficult to quantify a financial benefit from any energy savings at this time. However, based on maintenance for the existing fast acting roller door alone, the payback period will be between 8 and 17 months.”

The air curtain is specially designed to create a continual wall of ambient air over the doorway. It is installed outside the room, directly above the door, and switches on when the roller door opens. For flexibility, it can be fitted to variable heights up to 5m. Since it is so efficient at controlling the flow of air through a cold store entrance, it quickly pays for itself when installed on any cold store that is open for an hour or more per day.

Zwetsloots is the UK’s leading supplier of cut flowers to the multiples, wholesalers and retail florists. In peak times, the company produces up to 1.6 million bouquets a week and obtains flowers from countries around the world, including Holland, Spain, Morocco, Zimbabwe, Ecuador, USA and, of course, the UK.

Back to the News overview 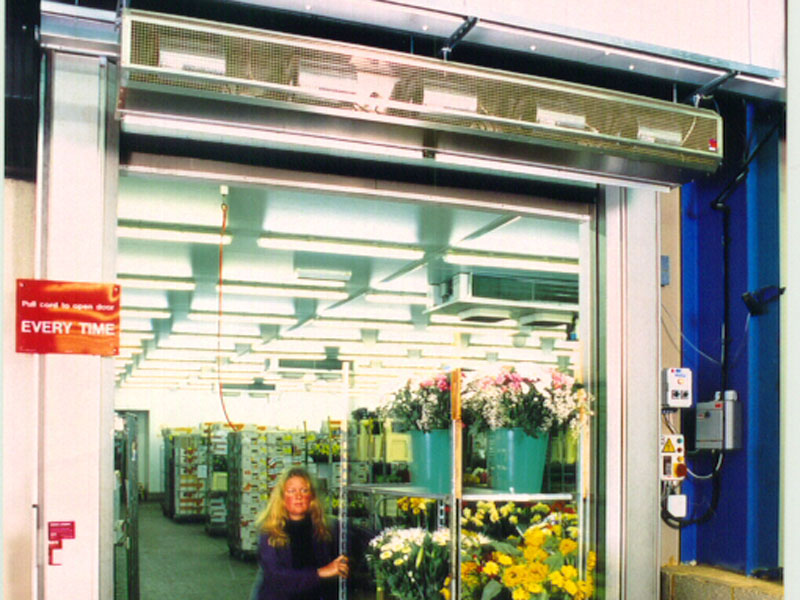 Get expert advice on your air curtain project. Click here. 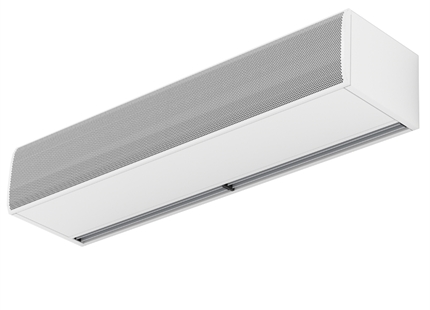 This unit provides a powerful ambient air seal across the opening of refrigerated stores to prevent...